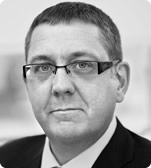 Stephen was the founding director of the firm in 2006.

Stephen qualified in 1992 began his career at the Crown Prosecution Service and shortly after moved into private practice, which led to him joining the regulatory department of an international legal practice.

The desire to continue offering high quality legal services to clients within a publicly funded environment led to the formation of Stephen Lickrish & Associates.

Stephen is a very experienced criminal and regulatory practitioner who has concentrated throughout his career in the discrete representation of individuals involved in often high profile complex financial investigations and prosecutions.

In compliance with the Solicitors Regulation Authority’s Transparency Rules 2018 Stephen Lickrish is highly qualified to deal with all aspects of single summary only motoring/driving offences (under Part I of the Road Traffic Act 1988 and s89 of the Road Traffic Regulation Act 1984) which includes the attendance, preparation and representations at a Magistrates Court.

Our Directors (namely, Stephen Lickrish and Saeed Hafezi) are recognised as supervisors by the Legal Aid Agency and will always supervise the care and conduct of your case.